“So, what’s it like being a youth pastor?” they ask me. I could try to explain the tone in which I’ve occasionally gotten that question, but I think you already know it. Feigned respect, mixed with a dash of that-must-be-rough-for-you, and topped off with a when-do-you-become-a-real-pastor?.

I know that tone so well because I’ve used it before. I would have used that same tone and asked that same question up until the day I actually started youth ministry at All Saints Church in the late summer of 2010.

And then I found out how wrong I had been.

What’s it like being a youth pastor? It’s doing life with a group of people who have courage to say what they mean and believe what they say, and have the capacity to say they can’t believe any longer when life’s hardships press down thick and full. It’s church boiled down to the real. It’s life at the surface, and because we adults have lived it all before, we know the signs.

We know the signs because students haven’t quite started training themselves  how to hide them. By the time we’re grown, we’ve become masters, but not students. Grief is grief, fear is fear, doubt is doubt, joy is joy, and laughter isn’t ever polite…it’s just laughter.

After spending three days and two nights at Wrightsville Beach with our students and volunteers, I saw all of these things all over again. In students there is a beauty of fading innocence coupled with the sincere grappling with a lingering question: “Does this faith say anything to what I now know to be real?” Teenagers are in the stage where every human being has to account for the worldview they have with the world that they see. It’s the first step in a person developing their theology, how they talk about God, and how they think or don’t think that God has anything to say to them. It happens when we’re students. When we’re youth.

The weekend began and ended with a question: What did you bring with you on this retreat? Not just visible things, but also invisible. What did you bring that no one else could see? The first night the students were invited to come forward, to receive a prayer and blessing that whatever they brought might be made bare before Christ and offered over to him as a way to move into the weekend. 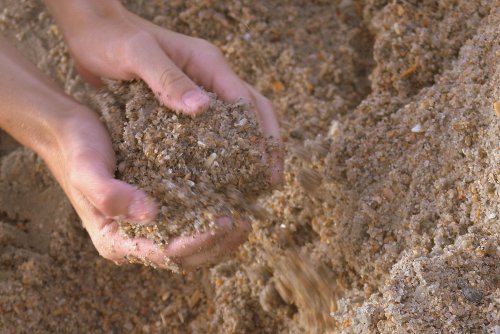 The weekend ended with the same question at a Eucharist service on Sunday morning. What did you bring, what did you leave behind, and are you already picking it up again as you head back home and into the world? I knew they were. Homework, relationships, school dynamics, home life, and so forth were already crowding out the weekend. The retreat helped them forget for a while. Maybe that’s all it did. But there is a prayer still lingering over these students, that they would find rest for their souls.

What’s it like being a youth pastor? It is speaking to people who, for the first time, are coming to grips with the fact that being Christian does not excuse them from suffering. Faith is not belief in the absence of tribulation; it is an opportunity to receive and give life through tribulation itself. Love, faith, and hope are fine in their own right, but when a person chooses to love, chooses to believe, and chooses to pursue hope in the very midst of life falling apart…that is where God draws out wonders.

That is why the Bread itself is torn during Communion; we receive a broken body, one Jesus gave to the world out of love. Love from a Cross, translated at a Table, and given to us so we can keep believing, keep seeing, keep hoping. If our students took anything home with them I pray it is not what they brought in the first place. The volunteers and I pray that they took home Jesus, broken for them, so that they could have life, and have it to the fullest.

Want to learn more about “doing life” with our youth? Contact Brad Acton (brad@allsaints-chd.org) to find out how you can get involved.

Artists in the Nursery

Cross-posted from David Taylor’s Diary of an Arts Pastor blog: the original post can be found here. And thanks to Sonya Ewing for the beautiful pictures of some of our nursery crowd: check out more of her work here. Thanks, David and Sonya!

I should probably confess my bias at the outset: I love kids. I’ve loved kids from a very early age. As a kid myself, I loved babies. When I left childhood, I realized that I would always love kids and I would definitely want to have some of my own. As early as elementary school I told my mother that I couldn’t wait to be a dad. Somewhere around junior high, my sisters and I vowed, with no small amount of chutzpah over against Providence, that we would each produce four children. This, in part, was a way to address the certainty that the Almighty had unjustly dealt us only one first cousin, whom we barely knew. Our children would not suffer the same fate.

In late high school, my plan was to get married in my early twenties, then to start having babies by twenty-five. It was a perfect age to bring little people into the world, I thought. You’re strong, you’re handsome, you’ve got a good job on hand, you’re married to the wife of your seventeen-year-old-self dreams, and it’s a nice-sounding number. As it turned out, in a reversal of providential fortune, I married just shy of thirty-six, passably fit, with a beard turning white, on my way out of a secure job, wedding the woman my seventeen-year-old-self didn’t know I needed but God did, and thank heavens for that.

By God’s grace, I saw my first baby at thirty-nine.

While very little of my life has turned out according to plan, and as an INTJer I am hopelessly obsessed, I confess, with ten, twenty and thirty-year plans, and while I’ve had to figure out what to do with an extraordinary amount of emotional grief along the way, most of which I’ve had no real clue how to share with others, I take hope in the lot of Charles Wesley and William Wilberforce. Both eighteenth-century gentlemen married late (Charles at 42, William at 37), both brought a considerable number of children into the world (Charles’ first of eight at age 45, William’s first of six at age 39; though tragically only three of Wesley’s children survived death). There is still hope for me to complete my end of the sibling deal, made nearly three decades ago.

While I wait for God to give us more children (and, ahem, do my part, accordingly), I enjoy the children God already has given me. For fifteen years I’ve thoroughly enjoyed my sisters’ children, four of Christine’s, two of Stephanie’s. They are a complete delight to me. I also enjoy pretty much anybody else’s kids, which is why I had the time of my life during my first stint of service in our church nursery yesterday.

As I mentioned on Facebook, while half the 1 and 2 year-olds regarded my beard warily, the other half used plastic farm and kitchen utensils to comb it. I’m not exactly sure why that made me so happy, but it did. It was kids being kids, and my beard being put to good use.

My three most frequently used phrases all morning long were:

2. “Please be gentle.” (to encourage less semi-savage behavior as some of the more enthusiastic kids made a grab for another child’s toy)

3. “Excellent tea!” (as we celebrated our never-ending tea party)

One of my favorite parts of the morning was leading the children in a rousing version of “The Wheels on the Bus,” as they gnawed their Cheez-It and cookie snack. I could have done that nonstop.

A few years back, at a conference I had organized in Austin, Texas, for artists, pastors, theologians and educators, a mild argument broke out between a panelist on stage and a member of the audience around the question of an artist’s responsibilities to the church. Long story short, the issue of whether artists should volunteer in the nursery came up. One person argued strongly against it, the other person bravely argued for it. The former maintained that artists should be allowed to serve the church otherwise, mainly by letting them do what they do best: make art. The latter insisted that artists might in fact produce better work, or at least become better human beings, if they spent more time serving “regular” folks in a local congregation. They might also learn a thing or two, even if indirectly, about good art from babies and toddlers. Or they might just learn humility, which is a reasonably good condition in which to make great art.

To put my cards on the table, I’m with the latter. I think serving in the nursery does wonders for your character, and not necessarily in an onerous way. They’re fun. They’re cute. They cry and laugh in the span of ten seconds. They’re curious. They don’t care about the things that often make us feel insecure—what school we went to or didn’t, what our family lineage is or isn’t, how impressive we are or are not, or what phone numbers are stored in our smart phone. They’re present to you with a guileless immediacy, unless a cool Tonka truck suddenly steals them away. They’re sweet kids. And there is always somebody else in the room who can change a poopy diaper if you’re not ready for that kind of scatological fellowship.

While it’s a change of pace from the life that I live Monday to Friday, on the fourth floor of the Perkins library at Duke University, as I plow away on my dissertation, it’s a welcomed change. And while I realize that not everybody is in a season of life or in a condition where nursery service is viable, I do think these wee ones deserve the best. Whether it’ll enhance my dissertation-writing powers, time will tell (ditto for my artmaking powers). Whether I am the best or not for the task, I can take comfort that my beard will somehow prove useful: either as a stress reliever for a crying child or a pretend arable field for an imaginary farmer.

I love kids and I’m looking forward to my next turn. But you probably knew that from the outset. 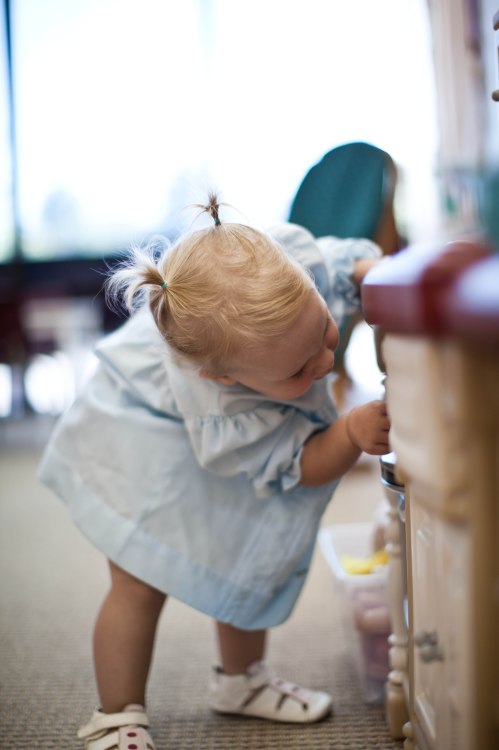 If you have a beard…or a song…or just a willing heart to share with our church’s youngest members once a month on Sunday morning, we’d love to have you join our team! Contact Daniele Berman (daniele@allsaints-chd.org) to find out how to get involved!